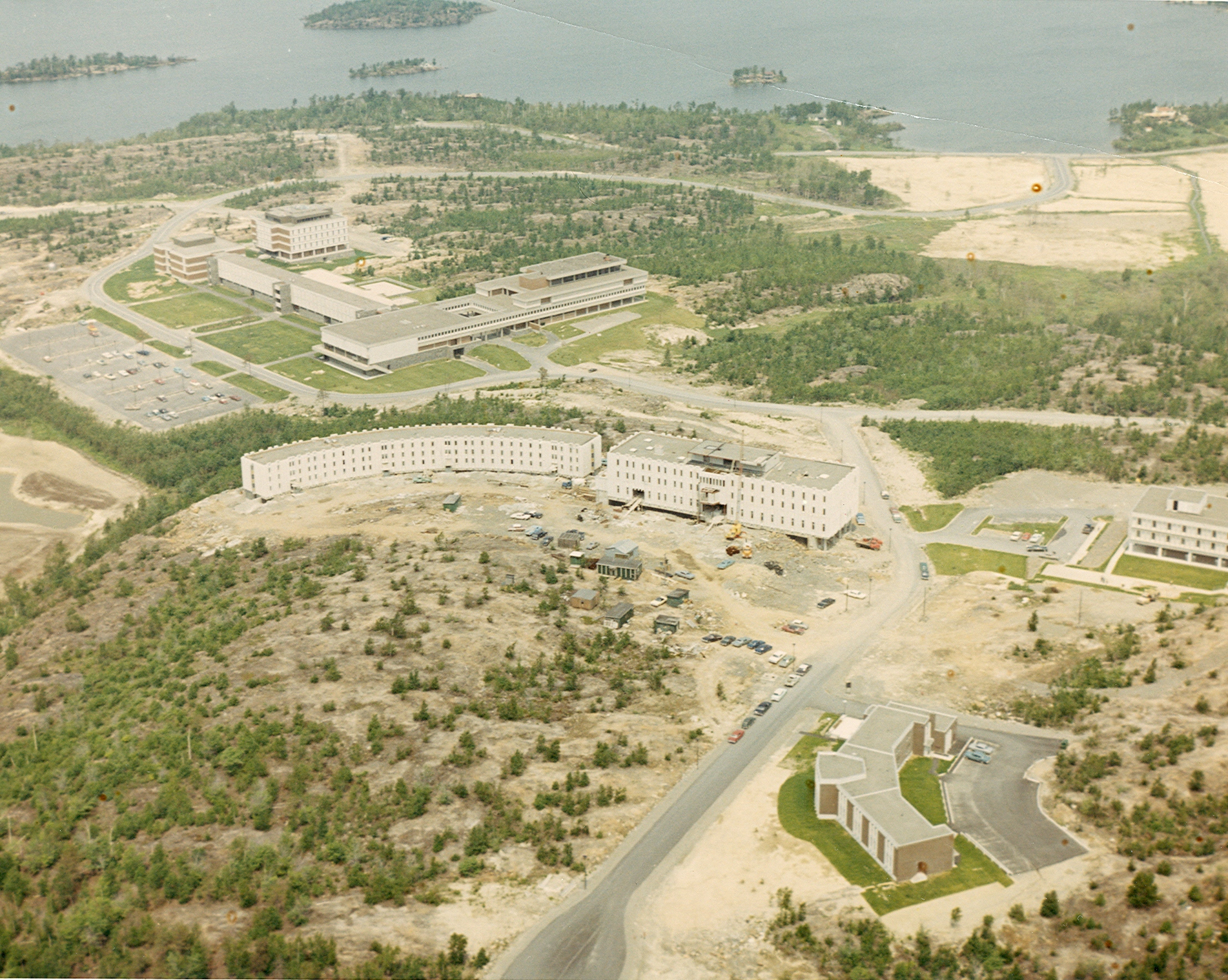 This month marks the 60th anniversary of the Laurentian Federation.  Inspired by the University of Toronto model, our federation created a bilingual, non-denominational entity (then known as “University College”) that received government funding, which it shared with faith-based colleges normally ineligible for public funding.  The move was bold and ahead of its time.  In fact, The Sudbury Star viewed it as "the greatest experiment ever undertaken in Canadian higher education."  Amidst social divisions between Francophones and Anglophones, Catholics and Protestants, the federation brought together unlikely partners: the University of Sudbury (originally founded by the Jesuits in 1913 as the Collège du Sacré-Coeur), Huntington University (established by the United Church in 1960) and Thorneloe University (founded by Anglicans the following year).  As the Catholic Bishop Alex Carter, one of the federation’s key proponents, commented at the time, “the people of Canada had their eyes fixed on our enterprise” for it created for the first time in Canadian history a truly bilingual and interdenominational university community.  The founding federated agreements were signed on September 10, 1960.

In many ways, the federation’s purpose reflected the values and spirit of Canada itself.  From the start, it was to be a bilingual institution, affirming both official languages.  It embodied the spirit of federalism, which its founders saw as the best way of promoting diversity within unity.  As with Canada, the federation at its best would embrace the values of its founding communities, creating a space for dialogue between what were then viewed as Canada’s “two solitudes”.  At other times, like Canada, the federation would be challenged by misunderstandings and tensions between larger and smaller members, usually over funding and governance.  Yet, for its architects, the Laurentian Federation was to be based on “mutual understanding, goodwill and cooperation” as outlined in its founding document, a goal that remains as inspiring today as it was then.

Over its sixty-year history, the Laurentian Federation has represented the diversity of local communities, offering them a place of inclusion and opportunities for advancement.  The Franco-Ontarian community marked a true coming of age in 1975 when its flag was raised, for the very first time, at the University of Sudbury (U of S).  In the same year, the U of S established a program called “Native Studies” at the time, one of the first of its kind in Canada, emphasizing Indigenous ways of knowing and spirituality.  To respond to the needs of our aging population, Huntington created a very successful program in Gerontology.  For its part, Thorneloe has highlighted the role of women and sexual minorities through its Women and Gender Studies program.  As such examples show, the federation has been a microcosm of Canada itself, indicating the challenges but also the opportunities of dialogue and reconciliation between diverse communities.

Amidst the growing rationalization in higher education today, some might wonder whether such a federation is still necessary.  After all, wouldn’t it be more cost efficient to merge such federated institutions into one larger entity?  Perhaps.  But other federated models - such as the University of Toronto and Western University - have been wary of such a short-sighted approach.  These and other federations know that student satisfaction is directly related to the sense of community that is enhanced in smaller communities.  The genius of federation is that students find a home within a whole, as in the Oxbridge model (or, more popularly, in the houses of Harry Potter’s Hogwarts).  A sense of community greatly enhances the student experience, making students more likely to recommend their college and university to others and more likely to become engaged alumni and contributors.  “Colleges” within federations attract students from their local, national and international networks, thereby enhancing the quality, composition and reputation of the university community as a whole.  Where federations have been successful, they have realized that what is good for federated partners is good for the entire university community.  Indeed, such partners are vital gateways for communities to the larger university, providing students with core values and first-hand experience of leadership and social engagement.  For generations, federated institutions have formed leaders in the humanities, teaching them skills for dialogue and reconciliation that are necessary today in our polarized world more than ever before.