SUDBURY – On Friday, September 25, 2020, in collaboration with l’ACFO du grand Sudbury, a Franco-Ontarian flag-raising was again held at the University of Sudbury – the original location – with a crowd participating virtually via a live broadcast.

This 2020 edition had some particularities. Not only was the format virtual this year, due to the pandemic, but a special announcement was made.

On this 45th anniversary of the very first Franco-Ontarian flag-raising, the University of Sudbury honored the committee that put forward this important symbol, which was recently recognized as an official emblem of the province of Ontario. The University dedicated one of its recently renovated rooms – a room with a view of the floating flag, and that gathers a variety of people – to the group of individuals that achieved a unifying dream and that played an important role in the Franco-Ontarian story.

“We recently shared with me that the committee had chosen our location to raise the flag for the very first time, as they recognized the role and impact of the Collège du Sacré-Coeur / the University of Sudbury for the Franco-Ontarian population,” shared Fr. John Meehan, President and Vice-Chancellor of the University of Sudbury. “As highlighted in an article by Dr. Lucien Pelletier, it was a great example of memorial justice, and in turn, we are now commemorating the members of the committee. We are honored to be a part of this whole story.”

Here is what can be read on the plaque:

This room is dedicated to the group that brought us the Franco-Ontarian flag, notably the creators Gaétan Gervais and Michel Dupuis, as well as the committee consisting of Donald Obonsawin, Yves Tassé, Normand Rainville and Jacline England. By choice, they long remained anonymous so that Francophones throughout the province could identify with the flag. Now officially recognized, the emblem embodies the Franco-Ontarian identity, and was present during many historic moments. This flag was raised for the very first time here, at the University of Sudbury, on September 25th, 1975.The community now celebrates this day and we see this rallying symbol floating province-wide. The history of the flag being intertwined in our own, we wish to commemorate and thank this group of visionaries.

Here is the recording of the live event: 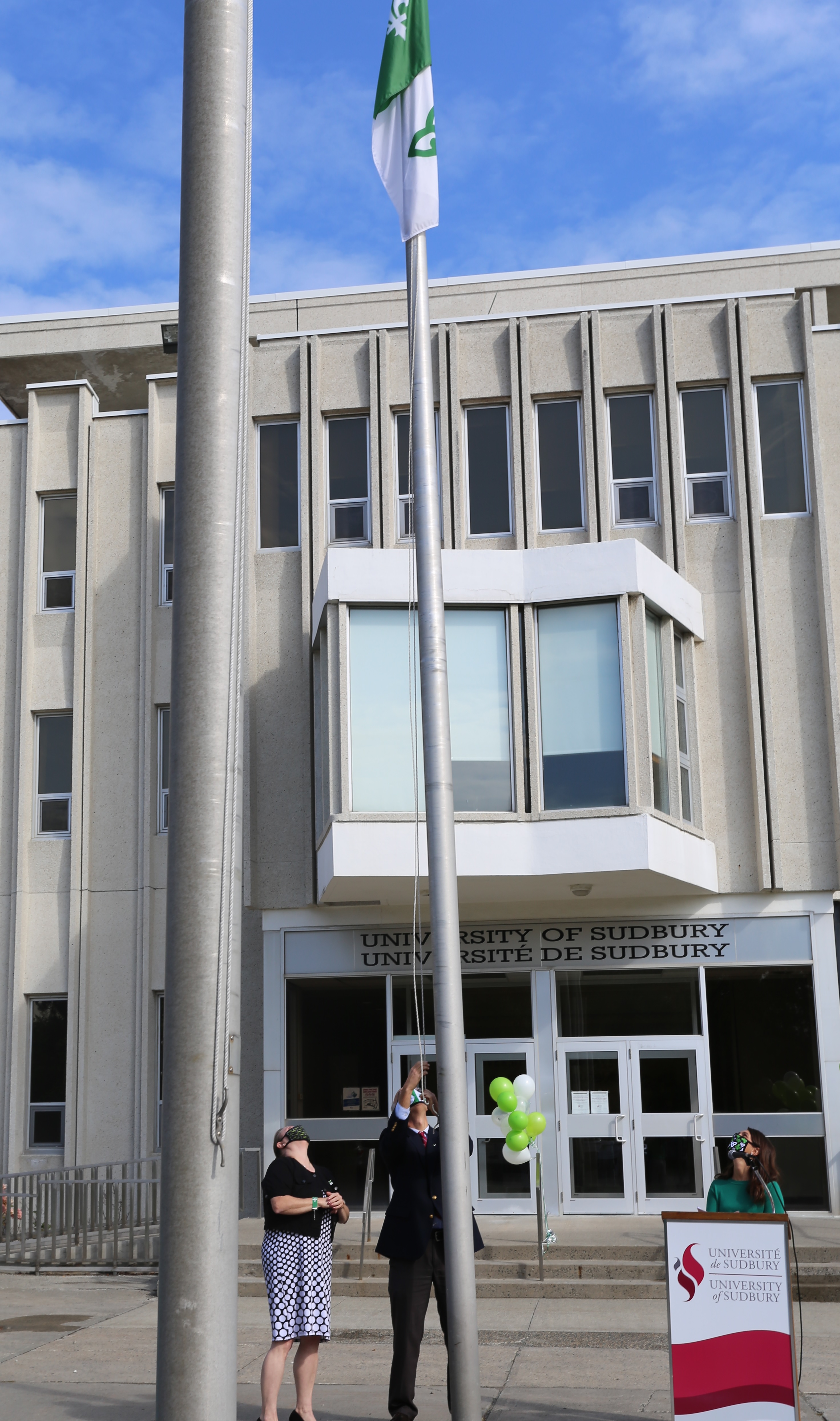 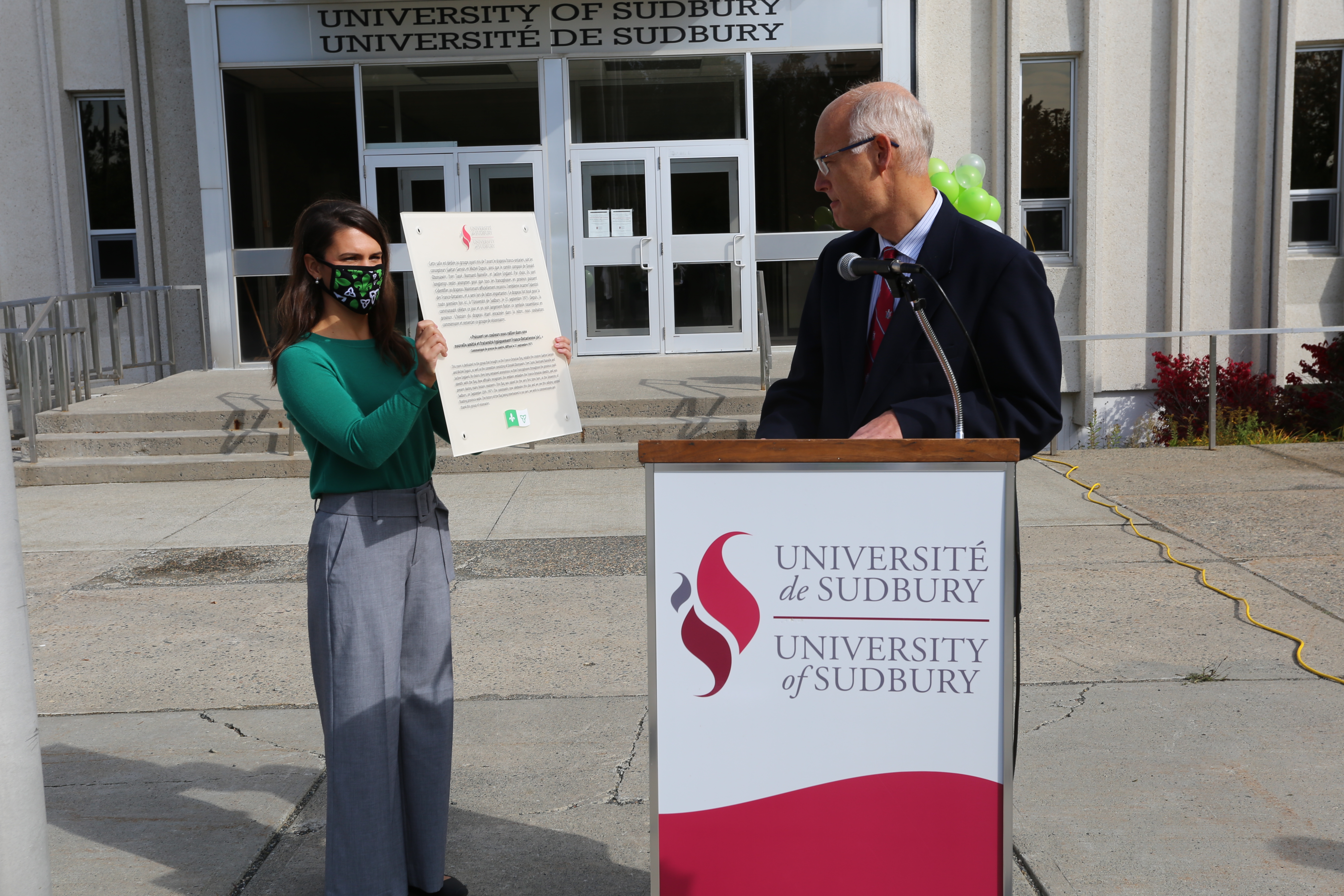 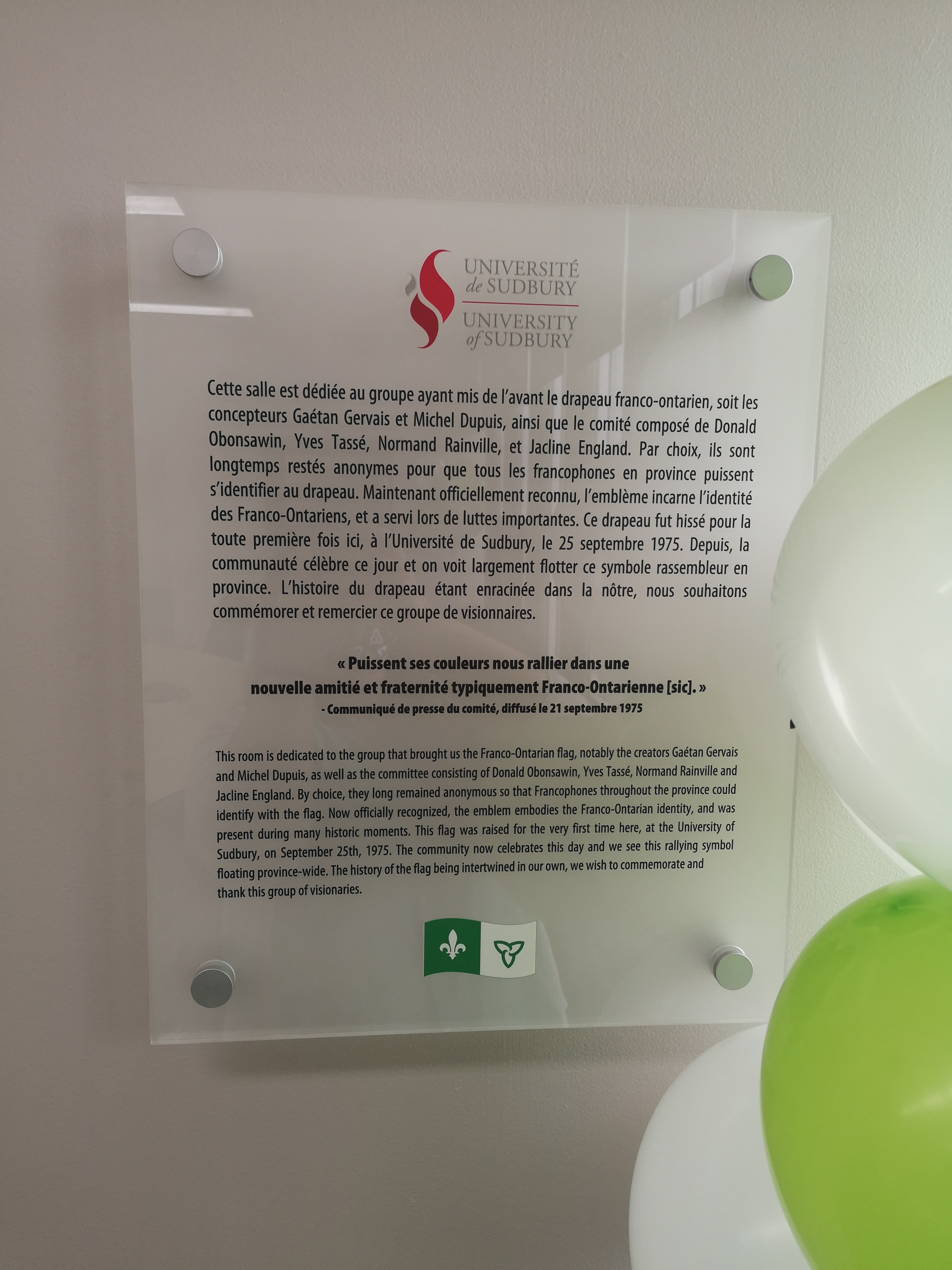 The dedicated room (309) in which we see the plaque as well as the photo of the very first raising of the Franco-Ontarian flag.